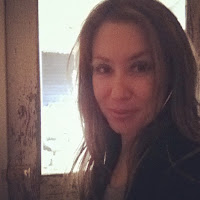 I am Sarah, a yoga teacher and homeschooling mama with an underused accounting degree, and a complex that makes me start to hyperventilate if forced to talk on a telephone to anyone other than my mother or my husband.  It's embarrassing, really, but I try to pass it off as a charming quirk.  No one is fooled.


Most of the time, I write about food, but I have also been known to mention that I use baking soda and vinegar to cleanse my hair, that we make our own play dough, that I have worn the same Easter dress for more years than is socially acceptable, and that I will never be perfect.  And sometimes, just to make people uncomfortable, I talk about homeschooling.

I also maintain another corner of the interwebz (though I try to only update it every few centuries or so).  It's about religion.  And it will also make you uncomfortable. 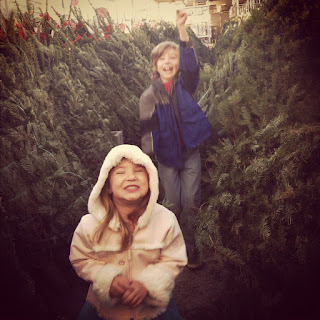 I am a mother of two who often feels ill-equipped to be a parent, but does her best anyway.  Both kids are exceptionally weird, and I'm not working very hard to change that about them.

The oldest child is The Boy Wonder.  He was born on Leap Day, he keeps lizards for pets, and he usually has his nose in a book.  I like that about him.

The little one is Princess Hazelnut.  She's a bruiser with an attitude, and she will not be denied.  She is also the sweetest angel I've ever met.  We haven't decided what to do about her. 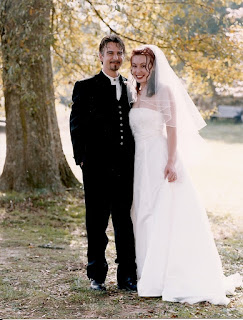 And I am married to a man who, in self-defense, has developed a workable sense of humor about most of my neuroses.  We're made for each other, in the most bizarre of ways.

We met in a bar, about a million years ago, and despite doing everything we could to sabotage our relationship with each other, we finally admitted, after three years of dating (if you can call it that) that we were maybe, just possibly, head over heels in love with each other.  So we got married, moved to the country, renovated not one, but two, hundred-year-old houses, had two kids, and found our way back to God.  It's a little bit like a country song, and I'm mostly okay with that.