Kitchen Calculations (what a nerd...) 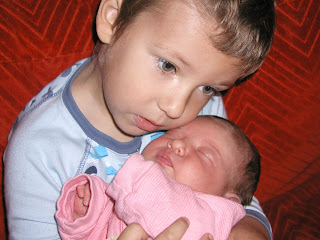 For me, most of the fun of cooking comes from trying new recipes, and for a long time, since my repertoire in the kitchen was so limited to begin with, it didn’t take much for us to be impressed. I would make a new soup recipe, we would be thrilled that we a little variety had been added to our meal plan, and the recipe would be clipped and tucked neatly in my recipe binder for future use. Then a new pasta dish would be attempted, with good success, and again, there we were, tickled to death to have expanded our choices even more. After all, anything was better than having to eat the same three things (the only things I could cook for years were spaghetti, bean and rice burritos, and mac & cheese) over and over again.

Time went on, and the binder became more full. And we gradually became more picky. Of course I can’t be sure if our standards are higher now because I’ve become a better cook, or if we only seem choosier in comparison to how easily impressed we once were.

Regardless, it is what it is. Cooking has become second nature for me and my skin has gotten thicker. The Carnivore rarely even hesitates anymore to let me know when a new recipe isn’t worth keeping. It would take more than that to hurt my feelings.

Recipe testing went by the wayside during the recent pregnancy. Most of the time I was too tired at the end of the day to feel any sort of creative urge to begin with, and naturally I was a little nervous about nausea and preferred to stick with the tried-and-true, so we tended to eat meals pulled from my nice thick recipe binder. Desserts were the obvious exception to this rule. Rarely a Saturday went by that I wasn’t happily tinkering around with various pie and brownie recipes. I am The Brownie Queen.

But now, oh, how I have the time, energy and NEED to spend time creating in the kitchen. My stack of Recipes To Try had grown absurdly tall, and with the vast majority of my time spent caring for two children under the age of four, I was beginning to become afraid that my brain might atrophy if I didn’t find something, anything, to give me a feeling of accomplishment.

Though I believe I might have overestimated the expected success rate here.

Two nights ago, after yet another snooze-fest of a new entrée recipe (kale, three bean and roasted garlic soup - it wasn't bad, just painfully boring), I started feeling a wee bit discouraged. And once I spent the time reviewing my recent menus, I went to the trouble of calculating the failure rate based on the number of new recipes that went straight into the recycling bin rather than being confidently added to the repertoire. Out of 19 new recipes (consisting of main dishes, side dishes and desserts) attempted during the past three weeks, only nine of them were deemed worthy of the binder. That is a 53% failure rate. And sure, I could try and put a positive spin on it by claiming the glass is half full and recognizing my 47% success rate, but no matter how you parse the words here, we’re clearly being disappointed more often than not.

That’s worse than I had suspected.

Which means I either need to develop an even thicker skin or I need to spend more time sticking to the 200 or so recipes that we KNOW we like. Which of course I’m genetically incapable of doing. So I’ll just beat myself up instead. Truly, I probably just need to spend less time watching these Chef-Reality-TV-shows so that I’ll feel slightly less intimidated. Anytime I start to get above my raising in the kitchen, I watch an episode or two of The Next Iron Chef, and I realize (yet again) how stinking little I really know about cooking. Which makes me want to become more adventurous with my recipes.

Lately I have gone back to the basics in a way. My own little version of Cooking 101. For too long, we have put up with a marinara recipe that was, at best, adequate. After I got over my initial distaste of cooking, and especially once I started striving to eat as little processed food as possible, I was willing to put up with less-than-the-best in order to avoid buying a jar of commercial spaghetti sauce (which, let’s admit, always has to be doctored up considerably to make it edible in the first place). I had to admit I didn’t have the knowledge to develop my own recipe without some help, so I consulted numerous cookbooks and online sources, but was always left feeling less than satisfied. Each recipe would lack in some capacity (too acidic, too sweet, not spicy enough, etc), and still I wasn’t capable of finding the trick that would fix it.

And then, finally, after much trial and error, I stumbled upon the winner in a 1987 The Top One Hundred Pasta Sauces cookbook that I can only assume was found at a yard sale by my mother. The recipe is so easy it can be put together in less than half an hour, but it has much more depth of flavor than most quick-marinara recipes than I’ve tried in the past. And now that I’ve mastered it (meaning I can actually cook it without consulting the recipe any longer), I feel confident enough to start tinkering around with it. Eureka. Success. At long last.

I served this sauce recently with an October 2007 Cooking Light recipe for Spinach and Ricotta Stuffed Shells, and we ate it for three days straight. Seriously. And we didn't MIND eating it day after day. (Actually, we kind of had to eat it for numerous meals because it made so doggone much - but, hey, we enjoyed it each time).

The pasta recipe can be easily multiplied for larger crowds, halved for smaller families, or even frozen (filled shells frozen separately from the marinara sauce) for quick dinners during the week. We're in love.

Couple of questions from one of your (probably many!) lurkers.

#1 What is it that makes that marinara sauce better than the other ones you tried? Most of the recipes I've seen have used those same ingredients... The sugar maybe? Or the whole tomatoes?

#2 Can you crush the tomatoes before you add them instead?

#3 Have you tried not cooking the shells ahead of time? I've seen recipes for spinach and ricotta manicotti that say you can leave them uncooked and just make the sauce a bit more liquidey than usual. I've never tried it b/c I was afraid it would turn out hard...

I am not a foodie but I pretend sometimes! I like your blog b/c it is vegetarian plus I like to drool over the brownie recipes. I've only made brownies twice but they were equally bad both times...

Hi Anonymous, there are a number of answers to your questions.

First, the marinara sauce: there are MANY similar recipes, but it is often one tiny change that separates a decent recipe from a great one. In this case, the tiny bit of sugar perfectly balances the acidity of the tomatoes. And the fact that there are no carrots or celery sauteed with the onions is more to my liking than most other recipes. Also, this particular sauce is not overseasoned, which is where many recipes go wrong for me. You could try to crush the tomatoes before cooking them, but you'll find they are much more difficult to crush then. The heat softens them up considerably and allows for a better crush. You could also use a can of pre-crushed tomatoes, but then the texture would be too uniform, I think.

Of course, if I knew EXACTLY what made this recipe great, I would have been smart enough to develop my own. But I'm not quite that smart.

As for not cooking the shells, well, that would be a disaster in this recipe. The shells are too brittle, and the openings not nearly big enough, to be filled prior to cooking. And it would take a nastily watery sauce to cook the shells in the oven - so watery as to dilute the flavor and the texture of the filling (and that would be awful) and to provide for an icky marinara sauce. You would also have to cook them forever - shells are quite thick. I'm sure there is some recipe out there that allows for cooking the shells in the oven, but I would be fearful of a recipe like that.

I just googled "pescetarian" because I had no idea if it was a political view or what?! I guess if I had thought about it a little longer, I'd have thought of the word for fish (pescado) and been less embarassed for myself when I found the definition. Love you, Yolie

Thanks for the info! I wasn't sure what "shells" were exactly, I was thinking more of manicotti type pasta... I'm going to try these recipes next week, if I can find the shells.