Get Your Own Frittata 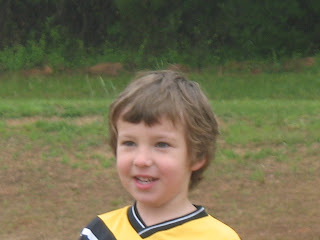 I’ve said it before, and I’ll say it again: wasting food makes me cranky. Food is not cheap, for one thing, and I hate wasting money even more than I hate wasting food; when the two go hand in hand, I become apoplectic. And then there’s the environmental cost of food that doesn’t get eaten – it’s enough to give a girl a headache.

To avoid unnecessary trips to the compost heap, I obsessively take stock of the refrigerator to see what needs to be used up. I often get myself into this mess, of course, by buying unusual ingredients for recipes that I want to try, but then having small leftover quantities of said ingredients that end up languishing in the refrigerator while I scrounge for another use for them.

Yesterday though, it wasn’t entirely my fault that I found myself with a head of bok choy from our CSA box that was entirely too small to really do anything with. I desperately wanted to use it, and I’d never used bok choy before, but seriously, this thing had about 10 palm-sized leaves on it, and I had three adults and a midget to feed. Plus there was one lonely miniature organic bell pepper rolling around in the bottom of the crisper drawer, the lone unused member of a three-pack that I had purchased a week or so ago.

It is at times like this that I rely on one of my clean-out-the-fridge-recipes. These instances are perfect for pizzas, calzones, pasta salads, frittatas or quiches. And since I had no time for pizza dough or pie crusts, I stuck my entire torso into the nether regions of the fridge and started digging for more frittata fillings.

A frittata is essentially a quiche without a crust, or an omelet that isn’t folded. I love these things. They are the perfect meatless entrée, marry well (unlike my mother) with all manner of side dishes, and best of all, any recipe for a frittata is essentially just a framework by which you can make do with what you’ve got. I come from a long line of women who say things like, “Use it up, wear it out, make it do, or do without,” and “Waste not, want not.” Frittatas were made for people like us.

To make a perfect frittata, you need 8 eggs, a little bit of cream, half-and-half, or milk; two cups of cooked vegetables, a pinch of aromatics, a small handful of herbs and some cheese. In my experience, no combination is a bad one. Yesterday’s fridge-diving quest yielded the afore-mentioned bell pepper and bok choy, along with some blue cheese, flat-leaf parsley, and leeks that were on their way to becoming casualties. I wasn’t entirely sure these ingredients were going to play well with each other, but our options were few, and besides, I also had a giant head of lettuce from the farm and I was going to be serving a large salad alongside the frittata, so my bets were safely hedged.

Of course, if it hadn’t turned out fabulously in the end, I wouldn’t be sharing it here. But there were some bumps in the road. First, I wasn’t entirely sure how to cook the bok choy and I hadn’t a clue as to how much of the base of the head should be used. Normally, I would check online, or peek through one of my cookbooks, but I felt like living dangerously. And this is about as reckless as I get these days. So I lopped off only the bottom-est part of the bottom, where the leaves are attached, and kept the thicker, white part of the base of the leaves (which ended up being a good decision, thankfully).

Then, I had decided to cook the frittata differently than usual. Where I would normally sauté the veggies and the aromatics, then pour the egg/dairy mixture over the top and cook for a few minutes on the stove, finishing the whole thing under the broiler, I had been running into some difficulty with the interior not cooking fully, so I tried a quick baking method that I had read about in Fine Cooking some time ago.

But the real rub was at the absolute end, when I poured some grated Parmesan on top of the whole thing and ran it under the broiler for 30 seconds or so to brown the cheese. See, the grated Parm turns into this incredible crispy, salty crust and provides great texture to what would otherwise be mostly a soft dish, and I’ve tried that particular technique numerous times with perfect results. Then again, I didn’t burn the crap out of it all those other times.

I don’t know what happened. Everything was going swimmingly, and then I popped the pan under the broiler for a few seconds and turned my back and inexplicably decided that was a good time to re-arrange my recipe binder. So I indexed a few new recipes, walked into my office to grab a pen and a hole-puncher, drank a glass of water and then, I guess, pondered the meaning of life for a bit until suddenly I wondered why, oh why, the room was filling with smoke.

Twenty-foot ceilings in the kitchen and yet I still managed to fill it with smoke. With total calm, I turned the oven off, put on a pot holder, and retrieved my fully-blackened entrée from the stove. After a wee bit of head scratching and what may have sounded like a curse word or two (you would have to ask the four-year-old who was hanging on my every word), I called The Carnivore and put him on alert that he might have to pick up a pizza to bring home for dinner. But then my inner Grandma kicked in and I narrowed my eyes at the offending dish. So I poked. And I prodded. And lo and behold, I discovered that only the Parmesan crust was burned. The rest of the frittata was salvageable. Maybe with a quick haircut…

So I shaved the top layer off of the frittata with a paring knife and then dumped on a new topping of Parmesan. And, naturally, ran the newly shorn dish back under the broiler (because I just really didn’t want to give up on a good crust). This time I didn’t move from my position in front of the stove, and when I pulled the pan out after maybe 45 seconds, it was perfect. Well, as perfect as it could be after undergoing emergency surgery. I mean, it did look a little uneven there on top.

But what about the taste, you ask? We all agreed it was my best frittata yet.

DESIGN YOUR OWN FRITTATA (serves 4 as an entree)

Okay, so that's one meal for this week. Especially grateful that it uses up small quantities of veggies that otherwise go bad. I can see this recipe becoming a frequent meal here.

I guess I should have a look through your recipe index before I start hounding you for more.

And if I didn't live in another country I'd definately babysit for you so you could post more often.