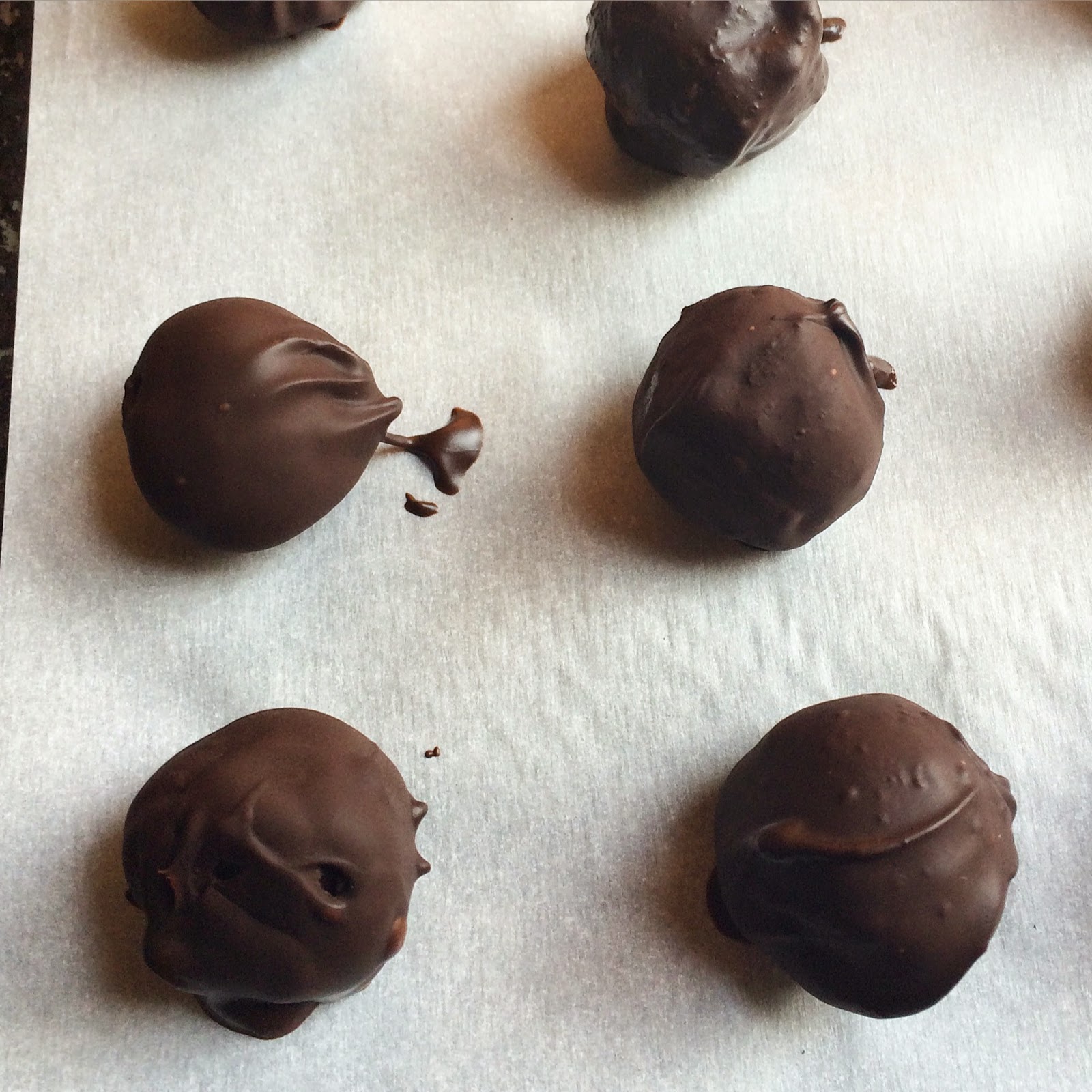 It was Valentine's Day yesterday - a day which we largely ignored around our house - and I had chocolate covered strawberries on the brain.  There was some discussion about sending Preston to the store to buy some strawberries so I could make a treat for us, but the berries in the supermarket this time of year are relatively tasteless, and I ended up working much of the day anyway.

We picked up some Chinese take-out for dinner and called it a day. Forced romantic gestures are not our forte, and we're cool with that.

But then I woke up this morning thinking about the bag of frozen pitted cherries I had picked up earlier this week, and I began to entertain the idea of chocolate covered cherries.  I love them, you see, but the boxed version from the candy aisle are such a hodgepodge of artificial flavors, using sweetened maraschino cherries and that inexplicable sweet and gooey white filling that seems apropos of absolutely nothing either cherry or chocolate related, so a makeover seemed in order.

It turned out to be easier and quicker than I could have dreamed.  I melted a little dark chocolate, grabbed a few pitted frozen cherries, gave the cherries a quick roll in the melted chocolate, and then popped them onto some parchment paper to harden.  It took minutes.  Literally, just minutes.

Read this the day after Valentine's Day 2017. Having a bad sweet tooth. Realized I had only frozen Trader Joe's cherries and dark chocolate in the pantry, I googled for a recipe and this is what showed up! Funny. I am now a follower.

I used frozen cherries we picked..when dipping them in chocolate the chocolate became hard ..iam not sure if some of the cherries melted a bit causing a big mess.