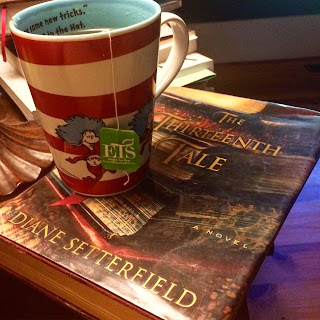 More than once recently, I have closed a just-finished book and signed dramatically, saying something along the lines of, "Best book ever," or "That was so incredible that I am afraid to begin anything new since it cannot possibly live up to this one," or "From now on, I will only read the best literature available because life is too short to read anything not on caliber with this author."

It is a glorious problem to have, of course, and happens more often now because I collect book recommendations from people who know of what they speak, and I read reviews like my life depends on it.  If it were not for the library and their willingness to truck in books from all over the state upon request, I would go broke.

As it is, there are a few book subscription services that I have contemplated joining (namely Book People Trust Fall and Indiespensable - mostly because those two send out such phenomenal books), but I am put off by both the cost and the clutter that would ensue.  I just do not have much interest in collecting signed first editions with slipcases (as with Indiespensable) and typically pass on just-finished books to the very next person I see.  Instead, I tend to visit the websites of each of those services and fill up my reading list with the newest titles in their subscriptions.

I know they curate these subscription boxes to make money, so it seems a bit cannibalistic of me to then take the title and put it on hold at the library instead of supporting the independent bookstores from which I obtained the title, but I read at the rate of approximately 50-60 books per year, and money doesn't exactly grow on trees...

Today I am linking up with Modern Mrs. Darcy to share short and casual snippet-like reviews of the books I have read over the past month. 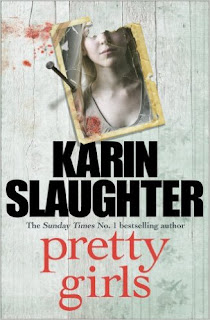 Pretty Girls is straight-up psychological thriller stuff, the kind of book you might pick up at the airport and take to the beach, but I do not mean that in a derogatory way. Karin Slaughter is an absolute master in this genre, and her novels never disappoint. As always, the characters are flawed and well-drawn, and the setting itself seems part of the story. This one takes place in Athens, GA (where I live) and it is spectacularly eerie to see the streets, restaurants, and bars that are *my* stomping ground used as the sites for these (fictional) events. The plot is centered around the disappearance of a college student in 1991 (when I was a student at UGA), though it takes place 20 or so years later, and it has all the elements of a good suspenseful page-turner. As with many books of this type though, the highly sensitive reader might not be able to stomach the violence. 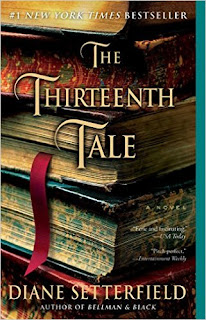 The Thirteenth Tale reads like a love letter to bookworms. The novel is, in fact, a story about a story, and though there is suspense, it is nearly secondary to the characters and to the setting. I lost myself in this glorious book, and walked around in a daze when it was over. To say more would be to spoil the depth and the magic. 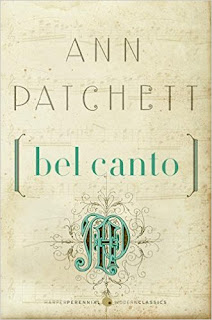 Ann Patchett is in top form with Bel Canto, a novel in which a large party of diplomats, politicians, and corporate heads (and one world-renowned, beloved soprano) are taken hostage by a group of terrorists. The entire action of the book takes place within the walls of the compound (somewhere in South America), and though the story is told from many different points of view, never is the reader given a glimpse of what is going on in the outside world. The hostages and the terrorists are bound together by proximity and by their own humanity during the months-long standoff, and while the story appears light-hearted through much of the daily goings-on, there is a sense of urgency as the book comes to a close and the reader is tormented with the sense that each and every one of the characters cannot possibly ride off into the sunset. 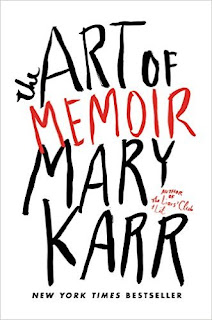 The Art of Memoir is a master class in both writing and reading the memoir genre. Karr has written three top-notch memoirs of her own, and heads an award-winning graduate seminar at Syracuse on, you guessed it, the art of writing memoir. The first part of the book was a little slow, but it didn't take long before it was so engrossing that it became hard to put down. The author takes apart and analyzes both well-known and obscure memoirs, and even spends a lot of pages (so many pages) writing about her own process of writing about herself. Were she anyone else, this might seem self-serving or cringe-inducing, but as she is a phenomenal writer in her own right, it made me want to go back and re-read her earlier books. At the end is a fairly exhaustive list of memoirs which has turned my library hold list into a behemoth. The book may sound a little dry, but if you have any interest in writing (whether memoir or not), the insights are invaluable. As well, reading this has changed the entire way I read and think about autobiographical works. Highly recommend for those who want to hone their own writing, who enjoy reading, and/or who would like to better examine their own life.

This post contains my affiliate links.  Thank you for supporting The Postmodern Planet.

I really loved The Thirteenth Tale - such a good book!