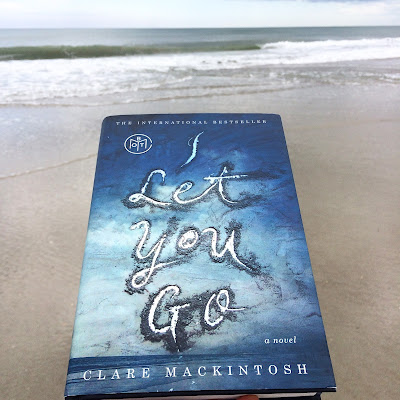 The first half of the past four weeks were a virtual treasure trove of fun, easy reading, and fabulous literary lovin'.  So much reading, so much blessed free time, so many great books.  It was partly because of the ocean, of course.  There was a glorious stretch of open, unscheduled time, the best backdrop ever, and a giant stack of books I couldn't wait to read.

I started reading a 900-something page ten-ton block of very well-reviewed literary fiction (not the novel pictured above), and it all stalled out.  Like, came to a screeching halt.  In the past two weeks, I have read maybe 250 pages of it, and I swear, the character development isn't even fully fleshed out yet.  I am loathe to abandon it, but I am hard-pressed to hunker down and finish it either.

The last few weeks have been busy and boisterous though, so it's possible that I just haven't given the book enough time and attention yet.  In service to serious fiction, I have decided to give it one more weekend.  If I'm not hooked deep by the end of the day on Saturday, I'm going to bail.  Such a depressing thought...

Today I am linking up with Modern Mrs. Darcy to share short, snippet-like reviews of the books I have read over the past four weeks. 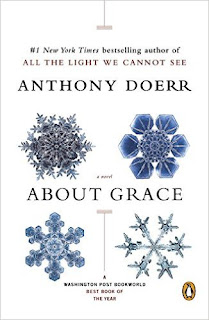 About Grace, one of the best books I have read in the past twelve months, is an ethereal novel about fate, family, desertion, and redemption. Spanning nearly 30 years, Doerr manages to convey the passage of years effortlessly while still slowing down the story at times to meditate intensely on a particular setting. Winkler, the man at the center of the novel, has dreams that sometimes come true, and in one brief, desperate moment, he abandons his family so that his infant daughter will not die in the way he has dreamed will happen. The story (and the years) that follow are portrayed in a mesmerizing, dream-like manner, and there were sentences - whole paragraphs even - in which the language is so rich, I could have read them over and over again. Luminous, beautiful, amazing story. 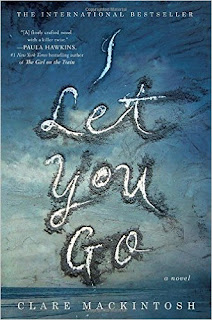 If you read the inside jacket of I Let You Go, you might expect an incredibly sad and depressing novel about the loss of a child, but there is so much more to this story than meets the eye. The book begins with a terrible hit-and-run accident in which a child is killed (I almost walked away based on that one fact - losing a child is a fear I have no interest in exploring) and then follows Jenna as she tries to start a new life on the coast in an attempt to escape her grief and her nightmares. The action is split between Jenna's faltering first steps on her own, and that of the detectives who spend a year trying to find the driver of the car. The setting is richly detailed and the characters are tightly drawn, but what really sets I Let You Go apart is the plot twist in the middle and the suspenseful aspects of the story. 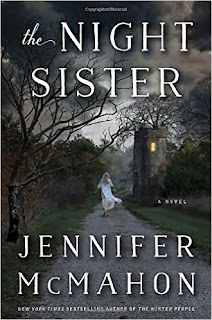 In the 1980s, three young girls spent their days playing in and around a ramshackle long-closed roadside hotel where something happened that ruined their friendship forever. In the present day, one of the girls, still living on the property, has killed her family and herself in a gruesome manner, and leaves a clue that hints at what happened long ago. The tale unfolds as it jumps around in time from the 1950s, when the hotel was in its heyday, to the 1980s and to 2013, and unapologetically tips its hat to Alfred Hitchcock. The Night Sister made for a quick and enjoyable beach read, weaving together suspense, spookiness, and outlandish (but fun) ghost story elements. 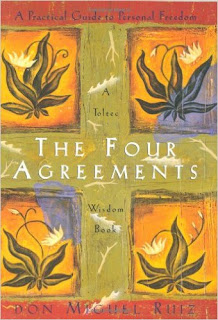 The Four Agreements is a life-changing spiritual self-growth book that offers a simple but powerful framework from which the reader can quite literally change their life for the better. The agreements themselves (be impeccable with your word, don't take anything personally, don't make assumptions, always do your best) are widely distributed, but are illuminated here in this slim volume in a way that cracks the code for those seeking freedom from the usual neuroses that we fixate upon. Caveat: the author claims to have been given this information in a dream, and some of the wording may strike the reader as too new age-y, but this is one of the few books I have returned to over and over and over and over again for years. At 138 small-sized pages, it can be skimmed and read in one sitting, but is better (in my humble opinion) savored slowly in order to properly chew on the amazing wealth of wisdom.

This post contains my affiliate links.  Thank you for supporting The Postmodern Planet.

Oh goodness! They all sound so good, I just now put 3 on my kindle. Wishing I had some uninterupted reading time, but eventually, when we go camping I will!