The Goddess Must Be Crazy 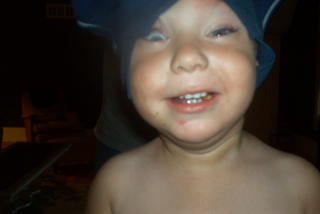 It is rare for me to do anything halfway. And anything can become an obsession. When I was younger, this was often detrimental while I was still in my Youth-is-Invincible stage. Lately, the obsession has centered on cooking (finally, a healthy habit), but now I have narrowed my focus down considerably until I find I cannot see past salad dressings.

Last week, about 15 seconds after I attained the seemingly impossible goal of locating San Marzano tomatoes in the suburbs of a small college town in Georgia, I decided I would have no choice but to serve a salad with my pasta and tomato sauce, and so I climbed high atop a stool in the kitchen and manically pulled down cookbooks until I found a new (yet quick) recipe for salad dressing. Because under no circumstances will I ever pay for a pre-packaged dressing again. I wanted something creamy this time, and I found a recipe for Green Goddess Dressing in my Joy of Gardening Cookbook.

The Carnivore and I both loved the taste and texture of the dressing, and I was even more pleased with the ease in which it was assembled. Anything that involves throwing a few ingredients into a food processor and pushing a button is fine in my book. As I am known to do though, I scanned the recipe only briefly before beginning the dressing, just enough to be sure I had all the ingredients on hand. It wasn't until I was halfway through that I began to ruminate on the raw egg that was included. I have long read about the dubiousness of using raw eggs in any recipe, but I'm not one to panic so I continued bravely on.

However, I must recommend that the dressing be used on the day it is made. Bacteria can grow quickly in anything that involves raw eggs, even when refrigerated, and I was too scared to use the leftover dressing two days later when I again craved a salad. It still smelled fine, and it looked delicious, but fear won out. My days of living dangerously are obviously over.